I still feel thrilled at the very thought of the sight; the sight of the gigantic Sphinx guarding the majestic pyramids. It was a chilly morning in Cairo. I was cruising on the Nile River. It was a special year end vacation with my husband. It has been almost two years now, and I may have forgotten the details of the trip, but the panoramic view of the Giza Complex is an indelible impression etched clearly in my mind.

It was my second day in Cairo. I woke up to a beautiful bright dawn. As I walked up to the deck, I was greeted with a chilly wave of wintry breeze. By 8 am I had gorged on a high-carb breakfast and protein rich creamy cheese. By 8:30 am I was all decked to visit the only preserved ancient wonder in the world – The Pyramids of Giza.

Our cruise ship stopped at the city of Maadi and we got onto the land. Being the backpacker that I am, I refused to take a guided tour. I had read in Fodor’ s about the frequent buses plying from Maadi to Giza. We walked to the nearest bus stop and within five minutes, we were on a local bus moving towards the popular destination. After a 20 minute drive, the bus stopped. We got off, but I was disappointed. Where were the famed Pyramids?

Touts gathered around us and offered their services. I kept nodding my head with a polite ‘La Shukhran’ which means ‘No, thank you’. Once the touts were off our back, we began to follow a crowd of Japanese tourists. Soon we were at the Tourist Support Center. We paid 1800INR per ticket and got a day pass to enter the Giza Complex. But my mind was becoming increasingly restless. Where were the Pyramids?

We entered through the gate of the complex, and took about 10 steps. And there it stood. As if from the womb of a secret world, rose the magnificent Sphinx. I felt goosebumps and my husband went speechless.  For a good 60 seconds we absorbed the sight before us. The Great Sphinx of Giza, a 4,500 year old limestone structure with the face of a man and the body of a lion was in full view. After the wave of initial bewilderment passed, we walked down to the Sphinx arena. It was a kilometer long walk around the Sphinx. Only if I had any idea about hieroglyphics I could have read the stories etched across the limestone walls that bordered this creature of enigma.

Once out of the arena, we headed towards one of the most awesome structures on Earth, the Giza Necropolis; on this place, stood the three most important pyramids in the history of mankind.

It took us a while to explore each pyramid and walk around its perimeter. It was over three hours now, and we were still not tired. The afternoon sun shone mightily, but we were far from giving in to the severely tanning sunlight. I don’t know how we covered a stretch of 9 kilometers on foot and explored the endless stretch of sand enduring the weight of the massive Pyramids for centuries. I even picked a small stone lying next to the pyramid to feel intimate with the mystery that lies within the heart of the World Wonder.

Egypt was going through a political turmoil and the Western countries had declared it as unsafe for travel. Therefore, we did not encounter too many tourists in Giza or in Egypt in general. It was lucky for us, as we got the place to ourselves, but I felt sorry for the families whose livelihood depended on the tourism business that this place normally thrived on. Needless to say, I ended up buying overpriced souvenirs out of sympathy for these plain Egyptians.

We had spent almost 6 hours in the complex, and as we started a walk back, my muscles gave away. But we hyad the blessings of the Pharaohs and the Sphinx, and soon a camel came to my rescue. For a 100 bucks, I was hauled up on a camel and was brought back to the gates of Giza. I was famished and hungry, and guess what? Right in front of me stood a KFC. We went in like famine struck victims, and ordered whatever we saw. After a sumptuous mean of Egypt –style fried chicken; we made our way back to the cruise ship in a comfortable air-conditioned cab.

The day ended with an exotic belly dancing performance at night, to usher in the celebrations of Christmas. It was a fun-filled day with a taste of delicious history that will forever linger and excite my adventurous mind! 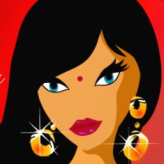