If anyone has read my travel blog before, you know I absolutely love to cram my schedule every day, and ensure that every minute has been utilized to “see” the right things in a new city. I have this inane need to see all the touristy sights as well be part of exclusive activities that are particular to the place.

My plan in London was fixed for 4 days and the days were choc-o-blocked even before my tickets were booked. I mailed friends who lived there, researched other blogs, talked to Shabari my travel consultant to get an idea of what the place is all about. Every time I read about England or asked my friends out there a few queries, more and more things to do would emerge from it. After numerous notes, pages and pages of itineraries in my notebook scratched, re-written, circled and finally accepted or rejected.

Finally amongst excitement I had come up with the 4 things that I had to do it 4 days, which was: Victoria and Albert museum, a ballet performance, any one university, and meet my 2 school mates who were in London. Don’t think this is all I want to see in London! No no no no! This list is apart from the typical touristy stuff that people do such as walk in Hyde Park, look at the Big Ben and see the go the National Gallery, all the Bridges of London, Buckingham Palace guards and all etc etc!

Therefore, with the clock ticking the moment I landed into London, I walked into the hotel to check-in, only to be told we do not have a booking! After a couple of hours of going to and fro between my agent and her point of contact, and till we got our room allotted to us, we had lost almost an entire day!

So imagine my dilemma, where I had to mentally re-schedule an entire half a day of activities io the next day. The same day that I had booked a ballet show. Out comes the notebook where I googled the route path, added pointers, scratched a few sights, re-added some back. After many hours of mulling and planning, the next day began with a visit to the Victoria and Albert Museum, Buckingham Palace and proceeded to the Victoria station to see the Big Ben, the London Eye and sit by the River Thames to watch the people, locals and tourists alike enjoy the beautiful weather. There was so much walking, metro rides, coffee and adrenalin rush till we reached the London Coliseum where I had to collect the tickets to the performance of The Swan Lake by the Russian ballet company.

I was so excited that I was getting to see The Swan Lake by The Russian Ballet Company that I reached the place early to collect my tickets and with nothing else to do, we walked into the National Portrait Gallery and it was so much fun! There is so much of culture, society, trend, history, story and we see in the portraits. It doesn’t matter if the portrait was done by an impressionist, an art student, a cubist all of them have immense stories to tell.

Back to the ballet, we get into the “upper Circles” those were the only tickets I could afford, and sat in these ridiculously tiny seats with my legs tucked almost under me. The leg space was so less that we had to stand up every time someone had to get to their seats.  It was ridiculous, especially since the Brits are taller and bigger than me, it’s a mystery how they fit into those seats!To think I used to crib about busses and airline seats. Never again! The elaborate stucco figures, the box seats on either sides held fascinating interest. I could not believe that here I was sitting in The London Coliseum to watch a ballet!

The ballet opened to a lot of dance by amateurs performing to the prelude of Tchaikovsky’s music and while we laughed at the tactics of the jesters, immersing myself in the current-ness of the story, waiting for the heroine to perform her magic of tip toes, my body starts to relax, the adrenalin rush is reducing, and as the stars of the program arrive to do their magic my eyes slowly shut taking me on another journey.

More about London when I wake up! 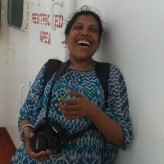